"Schizophrenia Awareness Association holds large scale public meetings, five times in a year with the help and support of SAA’s well-wishers and donors to promote awareness. 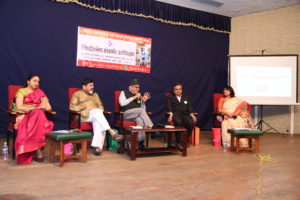 SAA organizes every year, a public meeting on 24th May, the World Schizophrenia Awareness Day, to create public awareness about schizophrenia and other types of mental illnesses. The main feature of the public meeting is Late Aditya Pendse Memorial Oration delivered by a distinguished personality who has contributed significantly in the field of mental health. Late Aditya Pendse in whose memory the lecture is delivered every year on 24th May suffered from schizophrenia till the unfortunate end of his life. His sister Vandana also suffered from schizophrenia and died an unnatural death along with her baby daughter. This is the only oration in the country in memory of a person who lived with schizophrenia.

Every year on 6th August, SAA arranges a public meeting to observe Erwadi Day as a Human Rights Day for Persons with Mental Illness. On this day, in the year 2001, a fire tragedy occurred in which 28 persons with mental illness, who had come for divine healing in a shrine, died and could not escape the fire. They were kept in chains at Moideen Badusha Mental Home in Erwadi Village in Tamilnadu.

Late Dr. Jagannath Wani, Founder President of Schizophrenia Awareness Association (SAA) was a caregiver of his wife, who was diagnosed with Schizophrenia. Despite the challenges he faced, he organised and assisted caregivers of schizophrenia patients. 10th September being the birth anniversary of Dr. Jagannath Wani, SAA observes it as a Caregivers’ Day. In addition to various programs for caregivers, on this day SAA also felicitates and provides token help to the needy caregivers. 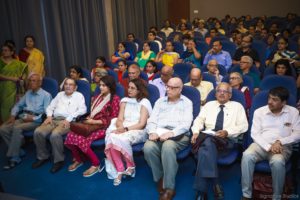 SAA’s Anniversary is observed every year on 18th Decemberas ‘Aapla Divas’ (Our Day). On this day various activities are organized and meals provided to pamper service users and their families. Effort is to make it memorable day for them.