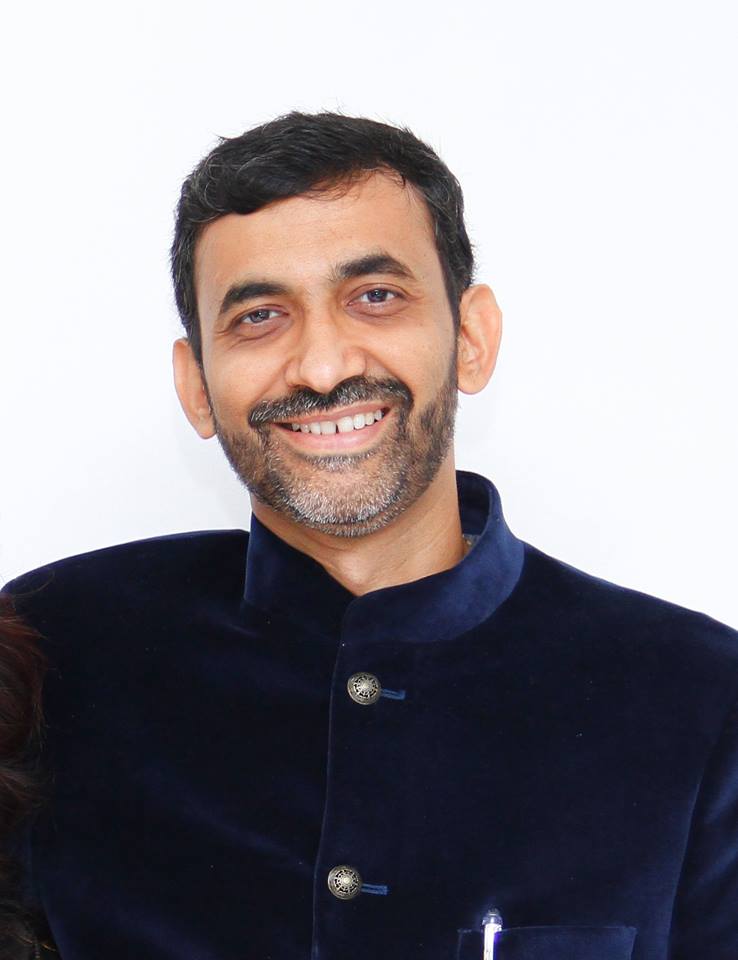 Abhay is a Civil Engineer, working in infrastructure, real estate development under the banner of Prithvi Edifice. He has received Times Icon Award for 2016: Top Emerging Builder of Pune. He has developed a copyrighted concept of 1 BHK Duplex and has put up the theory of “Cubic Feet Living” before Real Estate Industry. He is also in the Business of Hospitality. Despite his hectic professional engagements, he finds time for Social Causes and supports SAA in multiple ways especially in developing infrastructure and amenities for service users and their families.

Did you find apk for android? You can find new Free Android Games and apps.
Abhay Kele
President

Amrit, a banker and a management executive by profession, is a caregiver of his daughter living with schizophrenia since 1990. As SAA’s President since 2010, Amrit is involved full time in SAA’s day to day working and in various aspects of the organisation’s administration. During his tenure, SAA has recorded a phenomenal all round growth. Amrit served for 5 years on the Institutional Board of the National Institute of Mental Health and Neuro Sciences (NIMHANS) and was also Chairperson of the Hospital Management Committee of NIMHANS for over 3 years. He actively participated in regional and national consultations during drafting of the Mental Healthcare Bill and also made a presentation in this regard before the Standing Committee of the Parliament. He was appointed by the Government of India on the Expert Group to draft rules and regulations of the Mental Healthcare Act 2017, where his significant contribution in deliberations and drafting was acknowledged.

He was a collaborator of the Grand Challenges’ Quality Rights Project in Gujarat. He is currently the chairperson of the Ethics Committee of the ILS Law College Pune and a member, to represent Mental Illness, on the Advisory Committee constituted by Maharashtra Government under the Rights of Persons with Disability Act. He is also a member of the working group for psychotic disorders constituted by the International Consortium for Health Outcomes.

Amrit has authored a book for families of persons with mental illness, titled, “Mental Illness and Caregiving”. The book is available in English and Marathi. Amrit’s active involvement and contribution in mental health advocacy at state and national level, is well acknowledged by the mental health community. 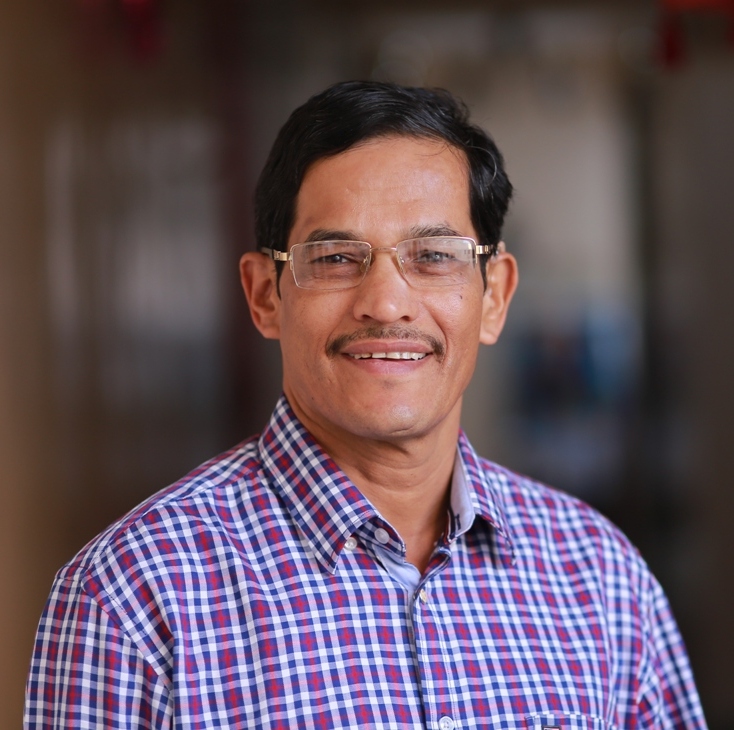 Anil Vartak is a PhD from Gokhale Institute of Politics and Economics Pune, on “Demand and supply gap in Mental Health”. He worked as the Head of the Department of Economics in S.P. College, Pune. Anil started “Ekalavya” a self-help support group in 1998 and did pioneering work in rehabilitation of persons suffering from mental disorders and increasing awareness amongst the caregivers.
Anil was a member of a Working Group appointed by Government of Maharashtra regarding Inclusion of Mental Illness as a disability in the “Persons with Disability Act”. He was also an Advisor to “Bapu Trust”, Pune. He has written a booklet “Let us try and see” based on his personal self-help strategies. Anil was on Rugan Hakka Samiti of Yerwada Mental Hospital, Pune.
In 2005 Anil received “Sangharsh Sanman” award from Muktangan Foundation of Awachat family. Anil is on the advisory board of Movement for Global Mental Health (MGMH) for a period of three years 2017-2020.

Did you find apk for android? You can find new Free Android Games and apps.
Anil Vartak
Vice President 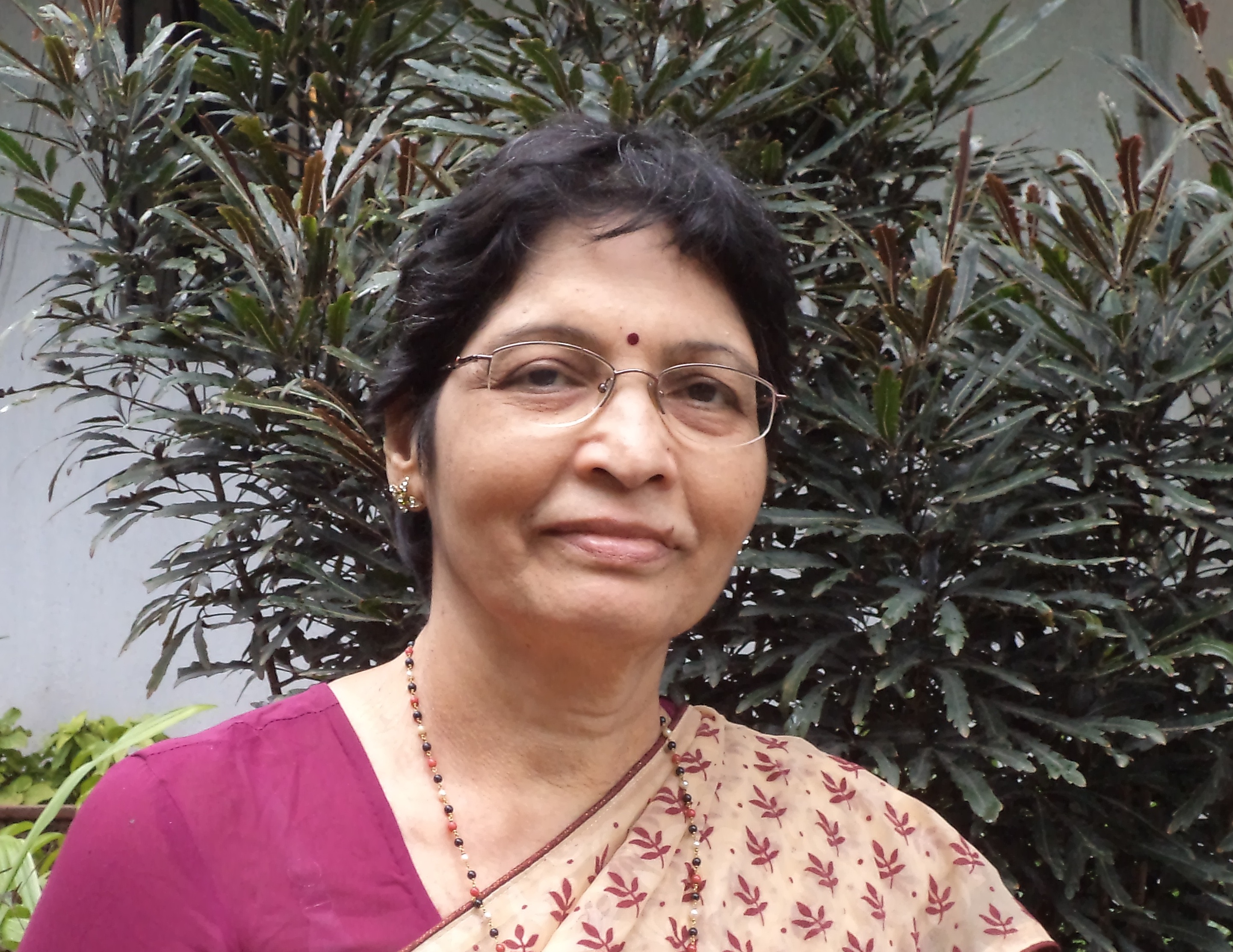 Neelima holds Master’s degree in English and did Teachers’ Training for Handicapped Children. She worked as a teacher at Kamayani School for Mentally Handicapped. Neelima joined SAA in 1998 as a volunteer and in subsequent years held various positions of responsibility. She has been working as a facilitator for Care Givers’ and Service Users’ Group. She has participated in various seminars, conferences and programmes related to mental health including a conference hosted by WFSAD, International Leaders’ Training Program and Recovery Inc’s Annual Meet at Chicago, USA. Neelima is author of two books, one of which, Ata Ujadel, in Marathi is a novel on struggle of a caregiver mother to cope up with the family challenges.

Did you find apk for android? You can find new Free Android Games and apps.
Neelima Bapat
Vice President 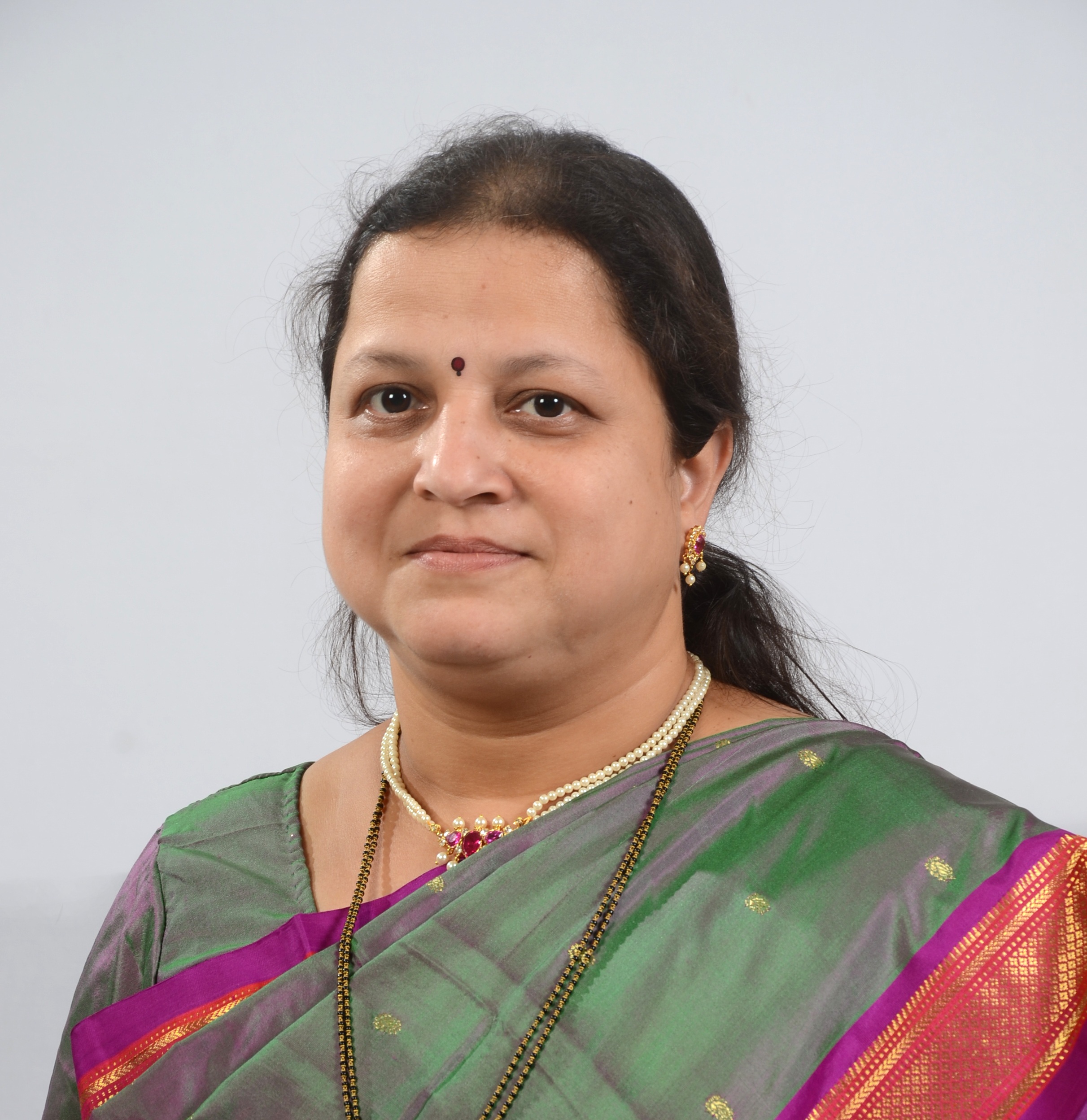 Neeta, besides looking after her family, all of whom excel in vocal music, has a passion for social service. She takes daily yoga class of service users and also helps in other rehab activities and various awareness programmes. At her initiative SAA has made documentaries on its Rehab Centre and also one on Yoga activity. She is also actively involved in mobilising donations for SAA.

Did you find apk for android? You can find new Free Android Games and apps.
Neeta Koparkar
Secretary 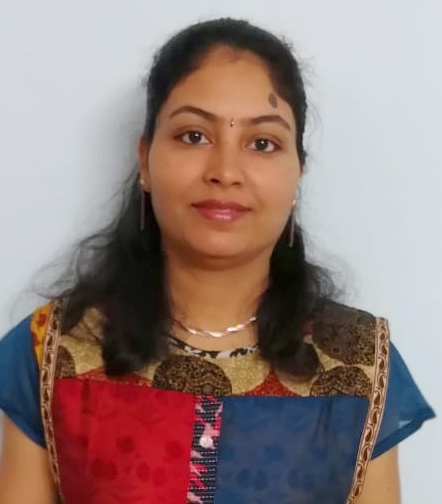 Sarika Chandak is a clinical and RCI registered rehabilitation psychologist. She is a gold medalist post-graduate in clinical psychology and in political science from Aurangbad university. She is involved in SAA’s day to day working in Dr. Jagannath Wani Rehabilitation center. She has conducted sessions in various training programs for students regarding mental health and makes presentation about SAA’s work to visiting students and in program arranged by other institutions. She has initiated concepts of 3 short films and written articles related to mental health. She is actively involved in mobilizing funds for SAA.

Did you find apk for android? You can find new Free Android Games and apps.
Sarika Chandak
Jt. Secretary

Anand Godse, after his retirement from Cummins Ltd, opted to do active volunteering for SAA since 2012. He is a resourceful volunteer and has taken upon himself various responsibilities which include all-out door work related to various agencies. He took pains in getting SAA’s pending paper work updated with the Charity Commissioner.

Did you find apk for android? You can find new Free Android Games and apps.
Anand Godse
Treasure 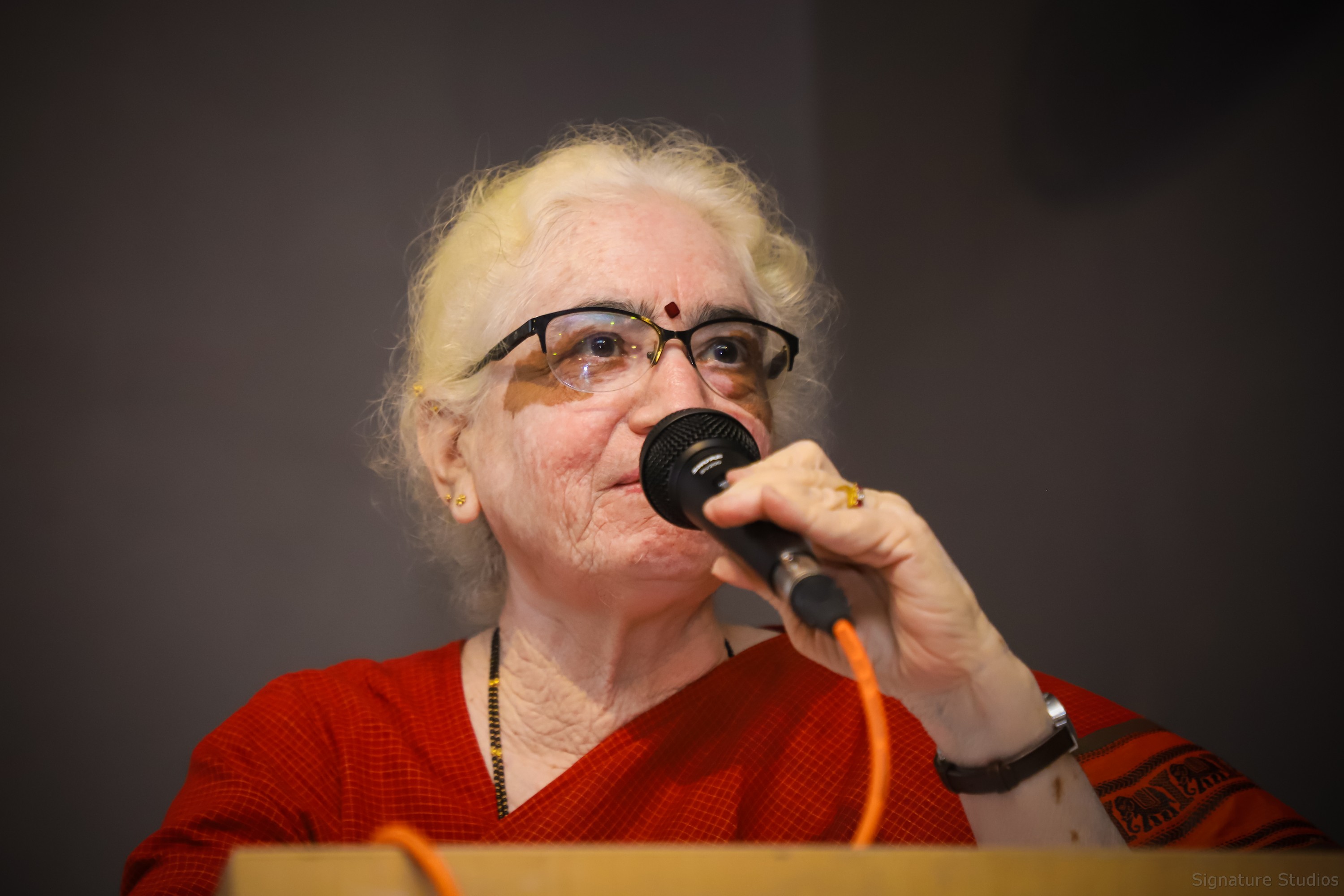 Anuradha worked as Associate Professor, Department of Medical & Psychiatric Social Work, Karve Institute of Social Service, Pune. She is a master trainer of HIV/Aids counseling training and. a visiting faculty at Tilak Maharashtra Vidyapeeth. She is on ethics committee of B.J. Medical College. She has b